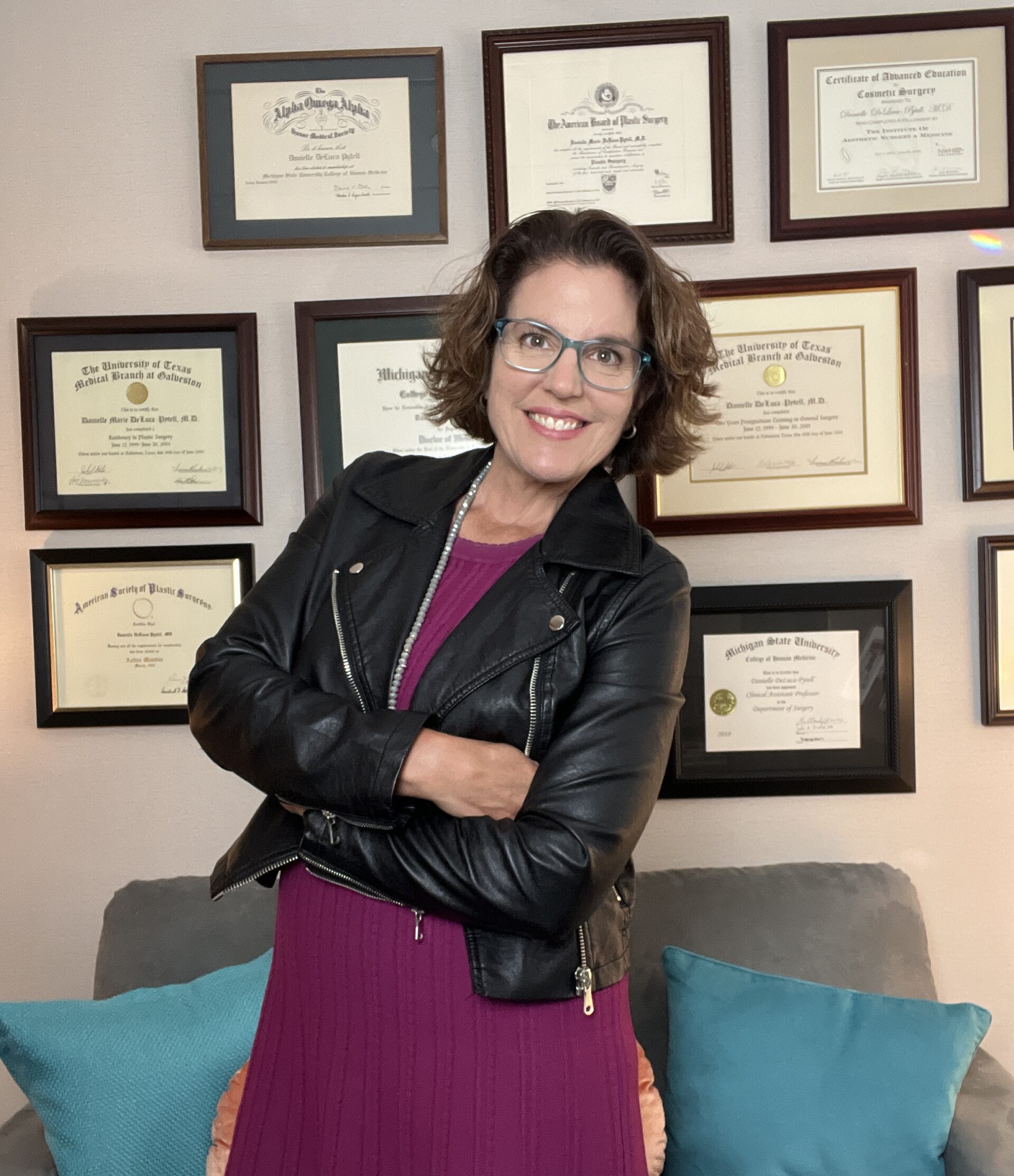 The female genital anatomy is more than just one structure. While some refer to all of the genitalia as “the vagina,” often, what women are referring to when they seek rejuvenative genital surgery are their labia. The labia are anatomical covers for the opening of the urethra, through which urination occurs, and the vagina, the cuff of tissue that connects to the cervix and uterus and during delivery of a baby through the birth canal. The two labia, outer (majora) and inner (minora) are named by their size, but for some women, the minora extend beyond the majora which can cause discomfort with activity such as running, biking, and even sexual intercourse, where the extra or elongated tissue gets tugged or pulled. Some women report an undesirable fullness in snug clothing such as bathing suits or yoga pants. Some women are self-conscious about the appearance of this excess tissue. Some of these are normal anatomic variants, others are changes that occur after childbearing or with aging.

Labiaplasty in Troy is a surgical procedure for women who desire a reduction in size of their labia for physical or emotional comfort.

How a Labiaplasty is Performed

I almost always perform this surgery using a wedge technique. This removes a good portion of the bulk of the labia while replicating the natural anatomy (which appears like a wing) including the rugal folds of the outside part of the labia minora and the mucosal surface of the inside of the labia minora. If there is also redundancy of the clitoral hood, an extenstion may be made to reduce this tissue as well. Absorbable sutures are used, and these usually dissolve within two weeks. It is important to leave enough tissue behind to avoid traction exposure of the vagina and urethra opening.

Labiaplasty is a reliable procedure to reduce the size of the labia. The scars are generally well hidden, and this tissue heals quickly, with minimal discomfort.

Recovery involves avoidance of strenuous activity—including sexual intercourse–for six weeks. Early activity can lead to the edges of the closure swelling and separating. Because this tissue heals so quickly, sometimes this tissue closes on its own and leaving an area that requires revision.

This is a cosmetic procedure, paid for by the patient.

What to Expect from a Labiaplasty Surgery

For a motivated patient, this can be done under local anesthetic.
General anesthesia is also a choice.

Long lasting. This tissue does not come back, though remaining tissue can stretch.

Temporary swelling, bruising, and some pain commonly occur. Irregular contour may be noticed initially. For the first two weeks after surgery, sutures will remainane will dissolve on their own. Sensation may be different initially.

All surgery carries risk. I recommend patients carefully weigh the benefits of having surgery against the potential risks which may arise. Risks include pain, bleeding, infection, damage to nearby structures, need for other procedures, recurrence of skin laxity, dissatisfaction with appearance, asymmetry, seroma, sensory changes including permanent loss of sensation, temporary or permanent changes in facial movement, wound healing delays requiring wound care, deep vein thrombosis, and pulmonary embolus. A complete list of risks will be discussed with you before surgery.

Discuss Labiaplasty Surgery in Troy with a Knowledgeable Surgeon

If you are considering a labiaplasty in Troy, it is important to consult with an experienced surgeon to discuss your goals and concerns. Dr. Danielle DeLuca-Pytell aims to make this process as comfortable as possible, aiming to provide high-quality care in a caring and safe environment. To learn more, reach out today.